SeaWorks and Hong Fa participated in the Intermodal South America 2017 which was held on 4th to 6thApril at the Transamerica Expo Center in Sao Paulo, Brazil. This was the 23rd edition of the event, which is the world’s second-largest and Latin America’s largest trade fair for the industry. The event welcomed around 45,400 visitors from over 60 countries, hosted 600 exhibitors from around the globe all operating in the logistic industry.

Both HongFa and SeaWorks were pleased to add our presence and expertise to the fair. Agents from our South American, European and Far East offices attended the prestigious three-day event again to call attention to the span of Break-Bulk services and transport solution we offer to the South American markets. We would like to thank all customers who took time to visit us at our stand and who have enquired about our capabilities to move high, heavy and extraordinary cargoes to and from South America. We look forward to welcoming you again in next year’s edition, held on 13th to 15th March 2018.

SeaWorks and HongFa operate a fleet of multipurpose vessels, featuring maximum 520 metric ton lifting capacity, 8.000 square meter under deck space and a cargo intake of 36.000 Metric tons. Ships which are perfectly fitted for the project and break-bulk cargo trade to and from South America. 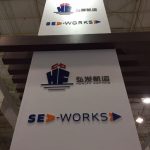 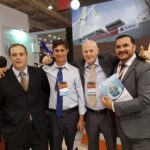